Anti-psychiatric anti-novel. Challenging every convention about the form of a novel, whilst questioning psychiatry with its theme.

The Mist takes a peculiar schizophrenic form while explaining schizophrenia as its theme. The theme of schizophrenia at a psychiatric hospital is echoed by a fragmented piece of land called Palestine by some, and the schizophrenia of the war, the world, the reality.

The novel is narrated through chapters called “Fiction” and “Reality” subsequently, and “Intermediate Area” chapters appear at times. After a critical point, “Fiction” chapters replace “Reality” chapters and vice versa. This is also when we begin to regard the psychotic patients as the sane ones and the psychiatrists as insane, and our perception of the psychiatric hospital is turned upside down. Truth is somewhere in between, in an intermediate area; in the mist.

The fragmented form of the novel disguises a fragmented sense of reality. The reader finds herself in the shoes of a schizophrenic, having lost her center. What the reader experiences in his/her relationship with fiction and reality whilst reading The Mist is very similar to what a schizophrenic experiences in his relationship with life and reality.

This novel is speaking “Schizophrenic” – as some readers named it- rather than any language. Each time you read a text by Kaya, it is an experience, rather than an ordinary feeling of reading a text.

(This composit review miscellaneously contains traces of what has been said and written on the novel by various voices.)

Back Cover of the First Edition of The Mist

The fictional character, Nihan Kaya, enters the famous Mental Hospital of Bakirkoy, disguised as a janitor, although her real purpose is to write her MA dissertation on Psychoanalysis. There, amongst the clutter of its colourful residents, she encounters a lonely old man who is rumored to be either a passionate lover of his Palestinian wife or her murderer. Nihan would not be able to provide information for her dissertation, but would find herself listening to a life-story which she cannot be sure to be are the delusions of a schizophrenic mind, or fictitious reality.

The Mist, going on in sequential chapters titled “Fiction” and “Reality”, boldly puts forward oppositions like truth and fabrication, sanity and insanity, intrusion and recipiency, order and chaos, and then, twists them with one another at the end of the novel, through the mist it creates within a frame of the Israeli-Palestinian war.

Yasef, a kind, soft-spoken gentleman born into a conventional Jewish family from Istanbul, is not very competent in running the family business, which has operated successfully for many generations, when he takes it over as the sole heir. “I am rather a sluggish, diffident, inept man”, he describes himself; “I have only one merit, one real ability in life. And it is to love a woman” He has been head over heels in love with Nur since he first saw her as a small child.

Nur, on the other hand, a woman of strong, rebellious character who lost all her family in Palestine at a young age, can’t take her mind off the war she was born into. She goes back to her motherland and becomes an activist. Yasef keeps helping her in any way he can; but when Nur gets into too much trouble to be rescued, Yasef lies to the policeman, a family friend, saying that Nur is indeed his fiancee and with marriage documents, takes her back to Istanbul.

They share a flat, and a five-year-old girl who lives in parks with her mother, Şermin, joins them, too. They look like a small family although there is no real bond between the three of them. Yasef, an art lover, can’t get Nur to take interest in anything besides those Nur calls “real life matters”. None of their values and interests are anything alike. Nur’s mind is always on Palestine, she misses the land terribly, and grows flowers from the soil her connections bring for her from Palestine in any vessel she may find in the flat, including Yasef’s shaving set, all over the house, including quite unusual places, like inside a cupboard. She begins to work with a secret group in Istanbul in connection with Palestine.

Nur, a woman with a wild spirit unlike Yasef, is not used to having a “home” and after the conditions she lived in for so many years, now almost everything Yasef offers to her in Istanbul seems like luxury and extravagance, and she constantly feels guilty as a person whose mind is focused on Palestine. Nur is critical of Şermin’s tendency to want everything she sees and Yasef’s indulgence with her. One day, Şermin asks for a Barbie doll, and Nur brings her a handcrafted doll made and sold by Palestinian women to support their war of independence. Saying “This doll is ugly”, Şermin throws the doll away and Nur slaps her in the face. Yasef feels torn apart by seeing Nur slapping Şermin -something Yasef would never do to any living being- and the scene displays how and why these three people can never really unite and become a family, as well as the gap between Nur and Yasef.

As she continues to work for Palestine, Nur meets Imran, another Palestinian activist and falls in love with him. Yasef encourages Nur to go to Palestine with him, as this is what Nur really wants, but Nur and Imran are murdered on the way. The police ask Yasef if he murdered his wife and the lover she ran away with out of jealousy.

Some claim Yasef lost his mind when he learned that Nur died on the journey he sent her on. Some claim he is fine, he is just a man in love, grieving over his loss, and misconstrued by those who regard themselves as authorities of mental health.

All this story is told to us by a character called Nihan Kaya who is listening to Yasef at a mental hospital. The chapters narrated by Yasef are titled “Fiction” while those narrated by Nihan are called “Reality”.

In the first “Reality” chapter, the character says she is Nihan Kaya, she is twenty five years old, and she is currently writing her master’s thesis at the Psychoanalytic Studies Centre at the University of Essex, which are all, as the reader would easily notice, details congruent with the author’s life at the time. She also gives us a detailed description of Bakırköy Mental Hospital in Istanbul and portrays the K4 service, which is a part of the hospital, remaining faithful to external reality. The difference between concepts such as truth and fabrication, fiction and non-fiction, fictional reality and factual reality are frequently mentioned or referred to in the novel, in conversations between Nihan and the doctors, and Nihan and Yasef. At one point in the novel, the character Nihan says: “If the first thing I say is true and if the second thing I say is also true, would that suggest the third thing I say will be true as well? If I tell you my name and then my age and if I am telling them truthfully, would you suppose my next statement to be true? What about the untruths hidden in between the true?”, referring to the beginning of “Reality” chapters, when the character introduced herself as a 25-year-old Nihan Kaya just like the author. She also mentions the Epimenides Paradox, in which, Epimenides repeats the line “All Cretans are liars” as a Cretan himself.

The author said the novel intended to provoke its reader by putting forward questions about fiction writing and fiction writers’ life in a more direct way. In a 2006 interview given shortly after the publication of the book, she said:

Whatever you write as a fiction writer, you make yourself subjected to questions about whether you really experienced it or not. Even when you declare that the events are just fabricated, the average fiction reader doesn’t cease to be curious about the possible extent they may have been experienced by the author. The same average reader interpreted the “Reality” parts of the novel as “real”, even if it is obvious that what reality is is one of the main questions the novel asks, especially within these “Reality” chapters. It is so easy to mislead this reader, and such confusion offers us grounds for reconsidering our understanding of fiction and reality when s/he feels face to face with the fiction writer through metafiction. One must question why The Mist is sold as a novel and why the cover of the book calls the text a “novel” including all its parts, both “Reality” and “Fiction”, if s/he finds himself/herself in a tendency to regard the “Reality” chapters as real-life experiences. There is no such thing as a “biographical novel”. There are biographies -which are also fiction to a degree- and there are novels. Even when you write what you experience as being true to so-called facts, what you write becomes something independent of what you experienced. You convert what you experienced by writing it, either through a biography or a novel. Also, each time you write down the same event you experienced, it is a different event. This is why I chose the theme of sanity and insanity and a piece of land some people call Palestine and some people don’t as a background to all these questions around fiction and reality. Even if every single historical fact I wrote in relation to Palestine are true to some real-life documents, the Palestine a novel creates is always independent of the Palestine out there. On the other hand, when events regarding this piece of land some people call Palestine and some people don’t, take place, even after the publication of the novel, the novel’s reality changes along with these changes out there. Because novels are alive, just like outside events. We are murdering our sense of the novel if we are treating them as dead texts, possible documentation of experiences. 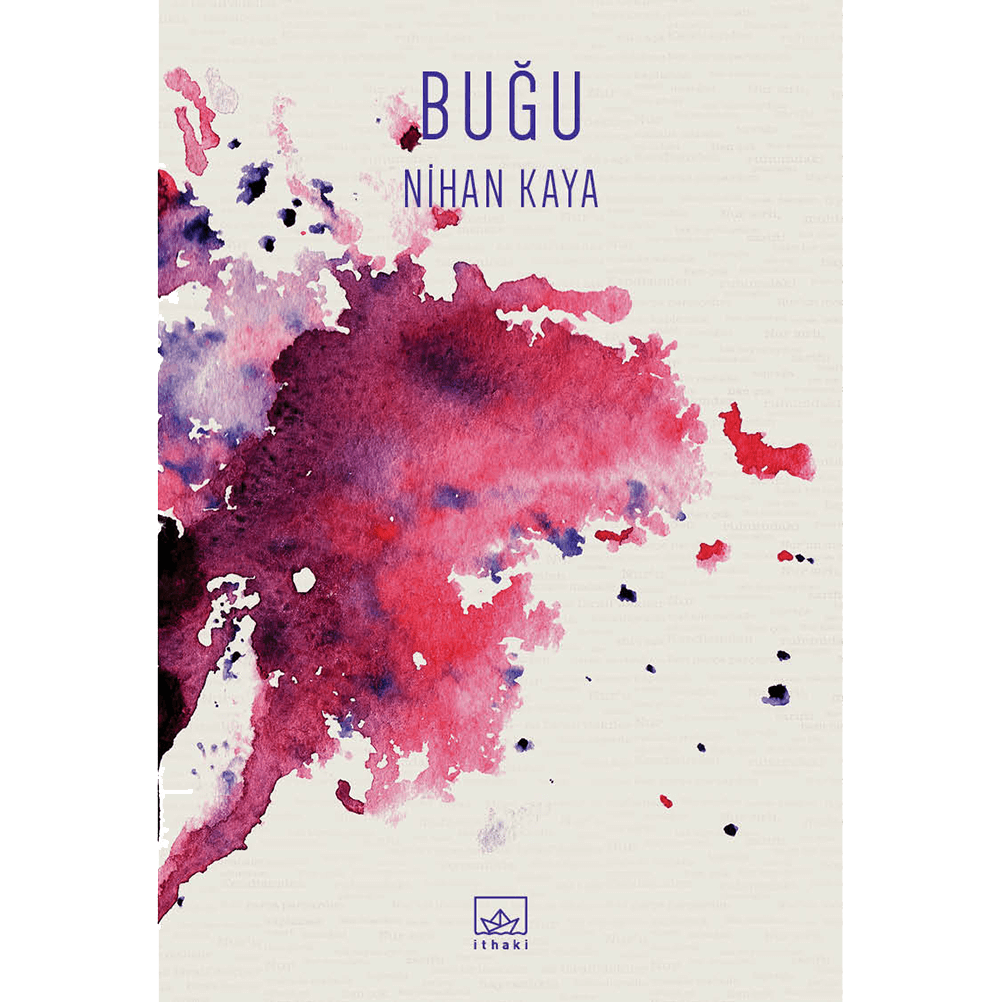