Collection of intersectional short-stories that take place in a street. Noone is really from the street regardless of whether they consider themselves a part of the street or not. The book questions the paradox of entity in which the I is not a part of we.

Mr. Münasip is a grumpy, cross, widowed old man who loves nothing but a petunia in this world. He thinks he is not free to commit suicide since he doesn’t trust anyone to leave the petunia in the care of. This, however, doesn’t prevent him from spending his day planning various methods for suicide he will not carry out. When he is told of his love for flowers, he protests: “Flowers? No! I don’t like flowers. I don’t like them at all. It is only this flower that I like.” He makes the cleaning lady wash the sheets every day and insists on having them hanged out all across the living room, thinking moisture would be good for his petunia.

When he is told that the care he explains as a “must” for his petunia is actually the care needed for orchids, not petunias, and that petunias are quite common and care-free and his certainly doesn’t look like an exception to this rule, he becomes furious: “How do you know? How do you know: you don’t know my petunia at all! Mine is a highly sensitive plant. If I neglect one of the things I told you I do every day and night, she would immediately wither and not bloom again.” He puts his petunia in front of the window, but regards the street as a continuous threat to her well-being and quarrels with almost everyone in the street, including the children who play ball.

It is in second one of the river stories that we learn the petunia is left to Mr. Münasip from his late wife, whom he misses terribly. Although Mr. Münasip is a central character in many of the short-stories within the collection, there are other stories and river stories in which the main characters are different and some of these intersect with Mr. Münasip and his petunia at some point. I am not One of Us is called “comedy” or “dark comedy” by some and contains more humour compared to the rest of Kaya’s books, although some short-stories within the collection have a less humourous tone. It is also possibly the most easily read work by the author.

Resentment contains one of the Mr. Münasip stories from I am not One of Us, but the author argued that she did this to show how a short-story becomes something else -other than a short-story- when placed within a novel. 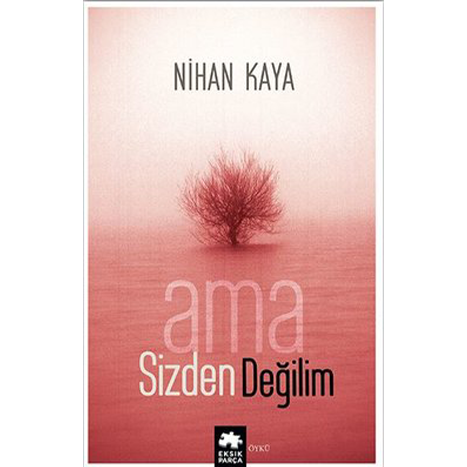